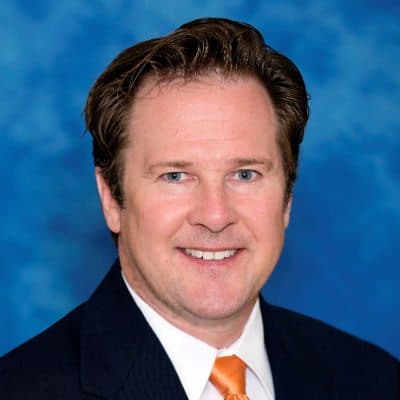 Glaucoma is a common eye condition seen by the physicians at Carlin Vision. Glaucoma disease relates to high eye pressure that usually occurs with aging in approximately 3 million Americans. Blindness is less likely if the disease is diagnosed and treated early. However, as a painless condition, it is estimated that half of these 3 million people are walking around, undiagnosed and without regular care by an ophthalmologist. If detected early, many people can be easily managed with eyedrop medications for glaucoma and have a good visual prognosis with a low risk for blindness. However, the vision in advanced glaucoma has a much worse visual prognosis and a higher risk of blindness.

Video Courtesy of the AAO

The most common form of glaucoma disease is caused by the ‘drain’ of the eye (called the trabecular meshwork) slowly becoming obstructed. The specific cause of glaucoma disease that results in the obstruction is unclear. This increased pressure is caused when the fluid called ‘aqueous’ in the eye has nowhere to exit. Increased pressure in the eye is focused on the spongy nerve in the back of the eye. The result is poor blood circulation to the tissue with eventual nerve and vision loss if it is not detected and treated early. Prognosis is good if the condition is caught early before nerve damage has occurred. The prognosis can be very poor if the nerve damage is advanced or has gone undiagnosed for many years. Prevention is important and can only be effective if you get regular eye exams by your ophthalmologist. It is especially important if you have a family member with glaucoma.

Are There Different Types of Glaucoma?

There are two main types of glaucoma disease: open angle glaucoma and acute glaucoma (or angle closure glaucoma). Open angle glaucoma is painless and occurs gradually over many years. It is more common with advancing age over 60, having a family member with glaucoma, and in African-Americans and Mexican-Americans. Acute glaucoma (or angle closure glaucoma) can occur in younger individuals and is more common with hyperopia or far-sightedness. Other rarer forms exist such as, congenital glaucoma which can be seen shortly after birth. 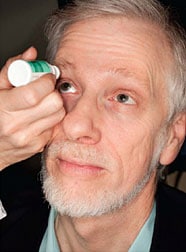 How Is Glaucoma Treated?

There are many treatments available that are very effective. “Can glaucoma be cured?” is a common question I hear from many patients. Unfortunately, the disease cannot be permanently cured but can be treated effectively in most cases with daily maintenance medications (eyedrops) or surgery to effectively prevent blindness. The first line of treatment is with topical medications or eye-drops. Laser surgery is available such as Selective Laser Trabeculoplasty (SLT) and Argon Laser Trabeculoplasty (ALT ) that are useful in mild and moderate glaucoma. However, laser treatment is not always helpful in more advanced disease where surgery may be indicated.

What New Treatments Are Available for Glaucoma?

In the past few years, there has been rapid progress in new surgical techniques for glaucoma called “MIGS”, minimally invasive glaucoma surgery. The goal of glaucoma surgery is to reduce the intraocular pressure that is the cause of damage in glaucoma. More traditional surgeries such as trabeculectomy or tube procedures have been utilized for nearly 75 years. They are generally successful but have been fraught with longer surgery times (45 minutes to 1.5 hours or more), longer recovery times (up to 2 months or more), marginal success rates (approx. 60-70%), or unwelcome side effects (pain, infection, poor-vision).

MIGS is a new, exciting arena of glaucoma surgery that offers many advantages for patients with shorter surgery times (usually less than 15 minutes), shorter recovery times (typically a few days to a few weeks), higher success rates (e.g. 30% pressure reduction for goniotomy), and lower side effects. Various new MIGS procedures include Kahook Dual-Blade Goniotomy, iStent, Cypass, trabectome, Trab360, endocyclophotocoagulation (ECP), Hydrus microstent, the Xen stent, and others are currently available or in development for the surgical treatment of glaucoma. 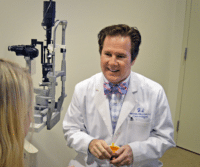 Dr. Michael R. Willman is a board-certified ophthalmologist with subspecialty training in glaucoma treatment. With 22 years of extensive experience in glaucoma, Dr. Willman can offer tailored treatment for your glaucoma, including medications, laser, or surgery (including MIGS). Learn more about him by visiting his bio page here.

The Latest in the Blog